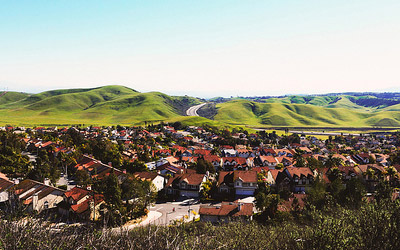 This a wonderful community in Orange County. It can be hard to find furnished rentals in Diamond Bar. Whether you’re looking for short term housing, corporate housing or temporary housing, our experts can help you. We have the pulse of the local market, and we know where hard-to-find serviced apartments are located.

The city is located among the meandering hills and valleys of Brea Canyon in Los Angeles County, it sits about 27 miles east of Los Angeles. Situated at the junction of California State Highways 57 and 60 (also known as the Orange and Pomona Freeways, respectively), the city is within an hour of three airports: Ontario International, John Wayne Airport and Los Angeles International. Nearby communities include Walnut (to the north), Pomona (to the east), Yorba Linda (to the south) and Rowland Heights (to the west).

The area was originally part of a Mexican land grant known as Rancho Los Nogales (“Ranch of the Walnut Trees”). The ranch changed hands many times before being bought in 1918 by Frederich E. Lewis, who registered a branding iron with the California Department of Agriculture which featured a diamond over a bar, and named his property after that brand.

There was minimal change to the Ranch until 1956, when the Transamerica acquired it for the purpose of developing a master-planned community. The first model homes were built in 1960, starting a development boom which has lasted to the present day. Although the original master plan was scrapped after Transamerica divested itself of all its real estate ventures in the 1970s and 1980s, other developers moved in to fill the void. In 1989, the City of was incorporated.

Things to Do in Diamond Bar

The city operates and maintains nine parks totaling more than 160 acres, along with recreational trails and recreation facilities located throughout the city. It is also home to the T.H. Pendergast California Parole Museum, which chronicles the history of parole in California. The facility, which opened its doors in 2003, strives to educate the public about parole and honor those who have worked in the areas of public protection and restorative justice.

Every year, the city hosts a number of popular celebrations. The largest of these is the City’s Birthday Party. Held every April, this event celebrates the cultural diversity of the community and patriotic spirit of the city and features food, rides, games, entertainment, a car show, a craft fair and more.

The 4th of July Blast is a fun-filled Independence Day celebration culminating in a spectacular aerial fireworks show. Every summer the city hosts a Concerts in the Park series, consisting of free outdoor concerts held at Sycamore Canyon Park on seven consecutive Wednesday evenings from late June through mid-August. In December, families can enjoy the Winter Snow Fest, which features snow play areas, children’s game booths, and much more.

A twenty-five mile radius around the city encompasses downtown Los Angeles, Pasadena, Anaheim and Long Beach. Within that radius are numerous world-class Southern California attractions as well as ski slopes and beaches.