The city is a medium-sized coastal city  located on the San Francisco Peninsula. With a population of 30,364 people and nine constituent neighborhoods. As such, San Carlos furnished rentals can be difficult to find. Let the experts at Key Housing help you find the perfect temporary rental.

The city is a decidedly white-collar city, with fully 92.77% of the workforce employed in white-collar jobs, well above the national average.

Also of interest is that it has more people living here who work in computers and math than 95% of the places in the US.

Of important note, the city is also a city of artists. it has more artists, designers and people working in media than 90% of the communities in America. This concentration of artists helps shape it’s character.

One interesting thing about the economy is that relatively large numbers of people worked from their home: 7.36% of the workforce. While this number may seem small overall, as a fraction of the total workforce this is high compared to the rest of the county. These workers are often telecommuters who work in knowledge-based, white-collar professions. For example, Silicon Valley has large numbers of people who telecommute. Other at-home workers may be self-employed people who operate small businesses out of their homes.

The city is a good choice for families with children because of several factors. Many other families with children live here, making it a place where both parents and children are more likely to develop social ties with other families. The city’s good public school district and large population of college-educated adults provide an environment conducive to academic success. Many people own their own single-family homes, providing areas for children to play and stability in the community. Finally, the city’s overall crime rate is lower than average for the country.

The city is also nautical, which means that parts of it are somewhat historic and touch the ocean or tidal bodies of water, such as inlets and bays. Such areas are often places that visitors and locals go for waterfront activities or taking in the scenery.

For the size of the city, public transportation here is quite heavily used. Mostly, people who use it for their daily commute are taking the train. For San Carlos, the benefits are reduced air pollution and congestion on the highways.

Do you like to read, write and learn? If you move to this city, you’ll likely find that many of your neighbors like to as well. The city is one of the more educated communities in America, with a full 68.61% of its adults having a college degree or even advanced degree, compared to a national average across all communities of 21.84%.

The city is a very ethnically-diverse city. The people who call this city home describe themselves as belonging to a variety of racial and ethnic groups. The greatest number of local residents report their race to be White, followed by Asian. Important ancestries of people here include German, Irish, English, Italian, and European.

In addition, San Carlos has a lot of people living here who were born outside of the US (19.69%).

The most common language spoken here is English. Other important languages spoken here include Chinese and Spanish. 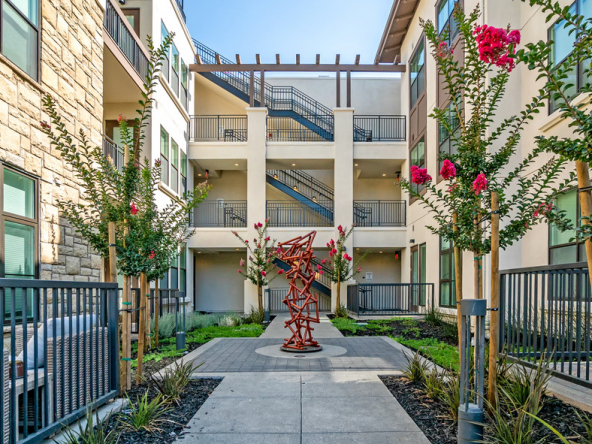