Key Housing Can Find You a Serviced Apartment in Reno, NV

Reno is known as the “biggest little city in the world,” and at Key Housing we are seeing a big demand for serviced apartments in the Reno area. Europeans are flocking to enjoy its “small town” charm – everything that Vegas is (and isn’t). It is noted for its’ casinos, so if that is your “thing” you will be well placed here. 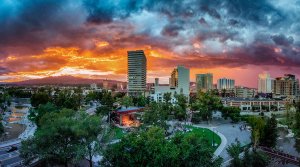 Not only that, but major manufacturers have distribution facilities in the city and thus we see corporate types looking for their home away from home in Reno. Companies such as Amazon, Tesla, Panasonic, Microsoft, Apple, and Google, have invested heavily in Reno and its’ smaller neighbor, Sparks, so many people come to Reno on business and need somewhere to stay for the duration. If you, too, are looking for Reno, NV, serviced apartments, at Key Housing we can help you.

Reno is situated in the Truckee River valley which is in an area known locally as Truckee Meadows and is on the eastern side of the Sierra Nevada. It is named for Civil War Union Major General Jesse L. Reno, who was killed in action during the American Civil War at the Battle of South Mountain, on Fox’s Gap.

I Am Getting A Divorce! A Lil’ Reno History

Back in 1931, a Reno entrepreneur, Bill Graham, who owned the Bank Club Casino in Center Street, had successfully pushed for Nevada to legalize open gambling, and in March that year the law was passed. Nevada had also passed divorce laws in in 1927 which allowed people to divorce after six weeks of residency rather than six months. It followed that many people came to Reno to gamble, and also to get a divorce, and in fact the phrase “I am going to Reno” became known as a substitute for “I am divorcing my wife/husband”. Indeed, in 1950 the writer Georges Simenon who was living in the US went to Reno to divorce his first wife.

Whatever your reasons for visiting, it may well be that you are looking for Reno, NV, serviced apartments, and we can help you. It is so much better than staying in a hotel for weeks or months on end when you know that it is Friday because of what is on the dinner menu. It’s the same old, same old, whereas in a serviced apartment you do whatever you want, choose what to have for dinner, and you can buy a bottle of vino that is a third of the price of a hotel restaurant.

Reno, NV, serviced apartments are also considerably less expensive overall than staying in a hotel, where pretty much everything is an extra. Things like parking, cleaning, and so on, are all included in a Reno serviced apartment.

At Key Housing, We Make It Easy to Find Corporate Housing in Sparks