There was a time when Burbank didn’t get much respect, feeling that it was a very junior partner to the more glamorous Hollywood, just to the south. But Burbank furnished apartments are having the last laugh, as over the years more and more media giants have established a large presence in the city. Walt Disney corporation, Warner Brothers, ABC television, and KCET public television are all major forces in the local economy. So now it is six-of-one, half-dozen of the other. Stay in Burbank, and go over the hill down to Los Angeles, or vice-versa? Given the cost and scarcity of short-term rentals in LA proper, Burbank is an attractive alternative.

Burbank Furnished Apartments: Fly Me to the Moon

Getting to and from Burbank furnished apartments is made easy by the great regional airport in the city (named after Bob Hope, who else). There’s an airport there? Maybe you didn’t know, but there is and it sees millions of passengers a year. Flying through this way you can entirely avoid the madness of LAX: huge lines at security, bad traffic on the surrounding freeways.

Or maybe media and entertainment isn’t your thing, and that’s a security-clearance badge in your vest pocket. Burbank furnished apartments have from time to time probably been used by spies and spooks, because of the Lockheed “skunk-works” facility where the first stealth aircraft were developed. Disney and Lockheed in the same town? How did that happen? Answer: It’s a legacy of World War II manufacturing.

So from now on you should think a little more highly of Burbank. Contact a Key Housing representative to see if there even more good reason to consider coming here. You can browse all of our Burbank furnished apartments here.

Oakland Furnished Apartments: The Secret is Out, and Units Going Fast

Huntington Beach Furnished Apartments: Where the Surf is Always Rolling in to Shore 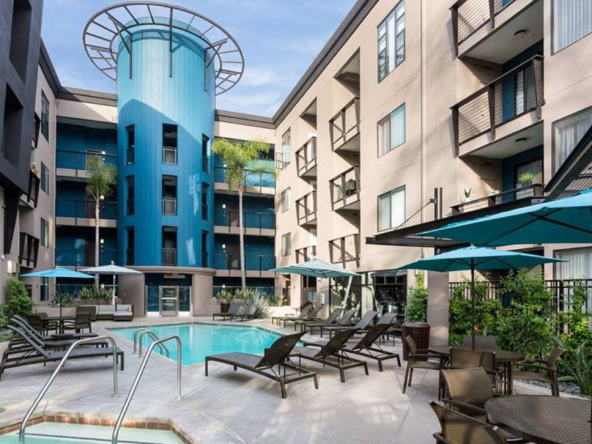 If You Need Furnished Apartments in Studio City, California, Key Housing Can Help

Oh, the glamor of Hollywood! You've been assigned to Studio City, perhaps to work on a movie....
Continue reading
by Lee McDonald

Silicon Valley is the world center of high tech, and many people come here from all over the world...
Continue reading
by Lee McDonald